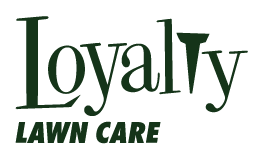 There are many types of tree and shrub diseases. Below are a few that are present in our area. If you think your trees or shrubs may have a problem, please contact us today.

A number of different trees are affected by anthracnose disease.

Appearance: This fungal disease can cause severe leaf blighting and deformation, but in many cases the damage to the plant health is not severe. The most common symptoms include irregular browning patches along the veins. The fungus spreads from infected tissue in spring to new growth.

Solution: Applications of fungicides are used for control. Fungicide injections are available also.

Season: Apple scab is a fungus and occurs on apple and crabapple trees. In late fall to early spring round black dots appear primarily on infected leaves from the previous year. Spores are released from these spots in the spring and blown by wind or splashing rain to new growth on nearby trees. The fungus infects leaves, fruit, petioles, and blossoms of the tree.

Solution: Fungicide applications or injections may be necessary to control apple scab.

Dutch elm disease is a fungal disease in elm trees that is spread by the elm bark beetle.

Appearance: The symptoms are the result of a fungus infecting the vascular system of the tree. This infection clogs the vascular tissues, preventing water movement to the crown and causing the tree to wilt and die. The leaves begin by wilting and proceed to yellowing and browning.

Solution: The most effective means of preventing the disease is to control the population of the insects that transmit the fungus. Fungicides are used to halt the fungus once it has infected a tree

Fireblight is a bacterial disease that damages only a select few of plants including pear, apple, hawthorn, and roses.

Appearance: Fireblight causes a sudden wilting, shriveling, and blackening or browning of shoots, blossoms, and fruit. Rapid infestations of extensive portions of the plant give it a scorched appearance with dead leaves remaining on the branches. This bacteria infect new growth through the flowers during the spring and spreads throughout the branches. Serious infestations can kill plants rather rapidly.

Solution: Depending on the size of the trees injections of fungicide are available.

Iron deficiency causes new foliage to be undersized and pale.

Appearance: Fading appears first around leaf margins, then spreads inward until only the veins are green. Brown spots between leaf veins can also develop and leaves may later dry and drop prematurely. Iron is present in most soils; however, if the soil is alkaline iron is less available. The plants are unable to absorb iron under these conditions.

Solution: Different methods are used to correct this deficiency depending on plant type and size.

Appearance: This disease begins with young leaves at the tips of shoots. Small yellow spots first appear and as the infection spreads the leaves die and shoots fade to reddish-brown and die back.

This fungal disease affects a number of different types of trees and shrubs.

Appearance: Tiny reddish-brown spots appear on the leaves of infected plants and darken as the leaves mature. Spore forming bodies eventually appear in the center of the spots. These spores overwinter on fallen leaves and spread from infected tissue to healthy leaves by splashing raindrops or irrigation.

Oak wilt is a fungus that moves from tree to tree by insects or transporting it underground through the roots. Most new tree infections occur as a result of the fungus moving from an infected tree to a nearby healthy tree through connected root systems.

Appearance: The symptoms vary depending on the variety of oak but usually include leaf discoloration and wilting. This disease shows symptoms and cause death in a very short period of time.

Phytophthora is a disease that attacks the fine absorbing roots of plants and may invade larger roots and the root collar. These fungi grow in the cambium and sapwood causing death of the tissue. Loss of water and nutrient absorbing capacity in the root cause a gradual or sometimes rapid decline of the plant. Phytophthora is a water mold therefore diseases caused by these fungi are most common on soils that are poorly drained or receive excessive irrigation. Plants with soil or mulch covering their root collar are very susceptible to root rot.

Many landscape plants are susceptible to powdery mildew fungi.

Appearance: This fungus usually appears as a grayish or white powdery growth on the leaves and other tissue. Most powdery mildews are unlikely to seriously harm certain plants but may cause leaves and shoots to become distorted and infected leaves to drop prematurely.

Appearance: Symptoms of the disease are discoloration of the needles, needle drop, and eventually turn brown. Infection takes place in the spring, but symptoms are not visible until the following spring and summer. Infected needles turn a reddish-purple color.

The disease is spread primarily by rainwater splashing the spores from infected needles to newly emerging needles.

Solution: A fungicide is used to help control and prevent the spread of this disease.

Rust is a parasitic fungi.

Appearance: Symptoms include dry reddish, yellowish, or orange spore masses on infected tissue. The upper surface of heavily infested leaves turns yellow or brown and may drop prematurely. This can cause branch dieback and occasionally kill the plant. Rust is spread primarily by windblown or water splashed spores. Fungicides applied in the spring can reduce some rust disease. Fungicide injections may also be done.

A fungus is the cause for sudden oak death. The fungus causes a bleeding canker on the stem. Cankered trees may survive for one to several years.

Appearance: Once the crown begins to dieback, the leaves turn from green to yellow to brown within a few weeks. A black or reddish ooze often bleeds from the cankers, staining the bark.

This disease is most commonly seen on Austrian, Black, Mugo, Red, and Scots pine. The pathogen infects and kills current year’s shoots.

Appearance: The infected needles turn yellow, then brown and die. The fungus stays present throughout the year in dead needles, twigs, and cones located on the tree or on the ground. The diseased spores are scattered by wind, splashing rain, animals, or pruning equipment.